The Benson Irrigation Company (BIC) is a nonprofit company that was established in the mid-1800’s to provide water to agricultural users near the unincorporated area of Cache County known as Benson, Utah. The Benson Canal starts at the end of the Logan Northwest Field Canal, which diverts water out of the Logan River. Historically, water flowed almost a mile in the Benson Canal to where it split into the Benson North and Benson South Canals.

The main Benson Canal and Benson North and South Canals were a combination of earthen and concrete-lined canals that had a combined length of about 10.4 miles. This conveyance facility was the only way the company received its water from the Logan River. Shareholders who sprinkle irrigate would pump water out of the canals to provide adequate pressure to operate their sprinklers.

Franson Civil designed a project which replaced the existing canals in the system with pressurized pipelines. It also constructed a pond and centralized pumping station. We replaced the approximately 10.4 miles of open canals with 11.5 miles of pressurized pipelines made of PVC pipe, which varied in size from 6 inches to 27 inches in diameter. The system we created is a large loop with a combined capacity of 25 cfs. Approximately 80 turnouts were installed along the pipeline to deliver water. About half of the existing canals remain open to convey stormwater and are maintained jointly with Cache County, Logan City, and unincorporated Benson. Results of this project included water savings and energy conservation. 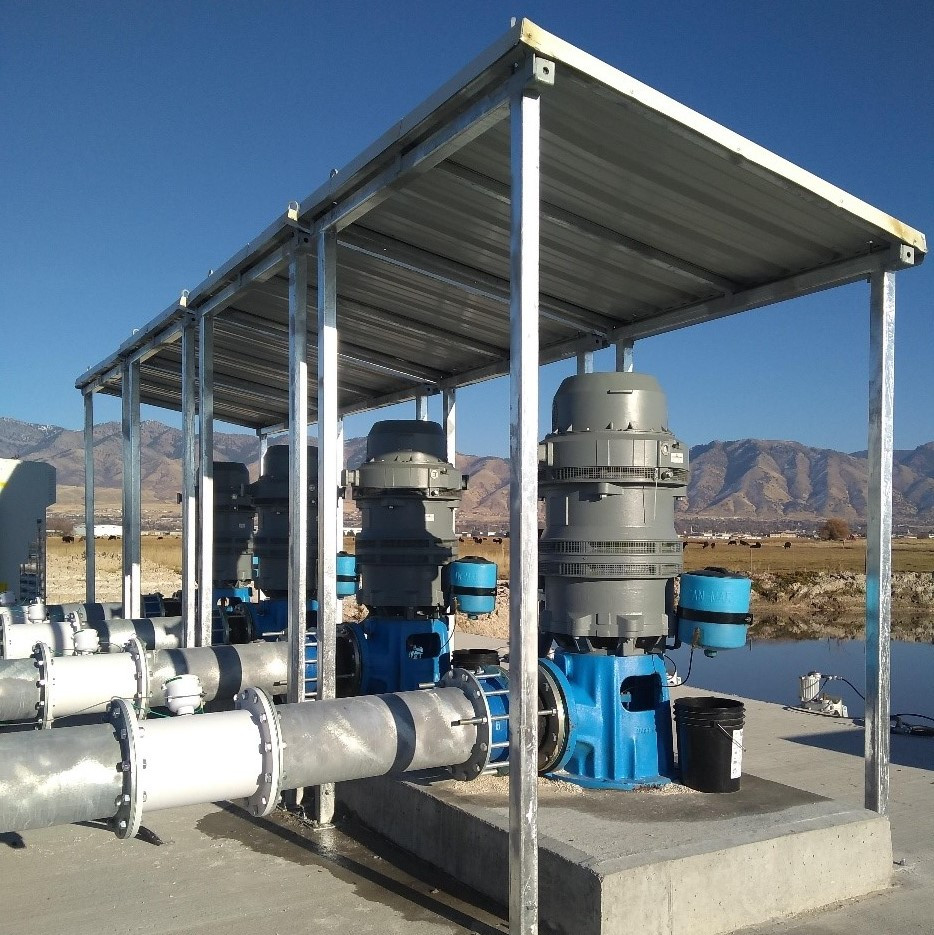 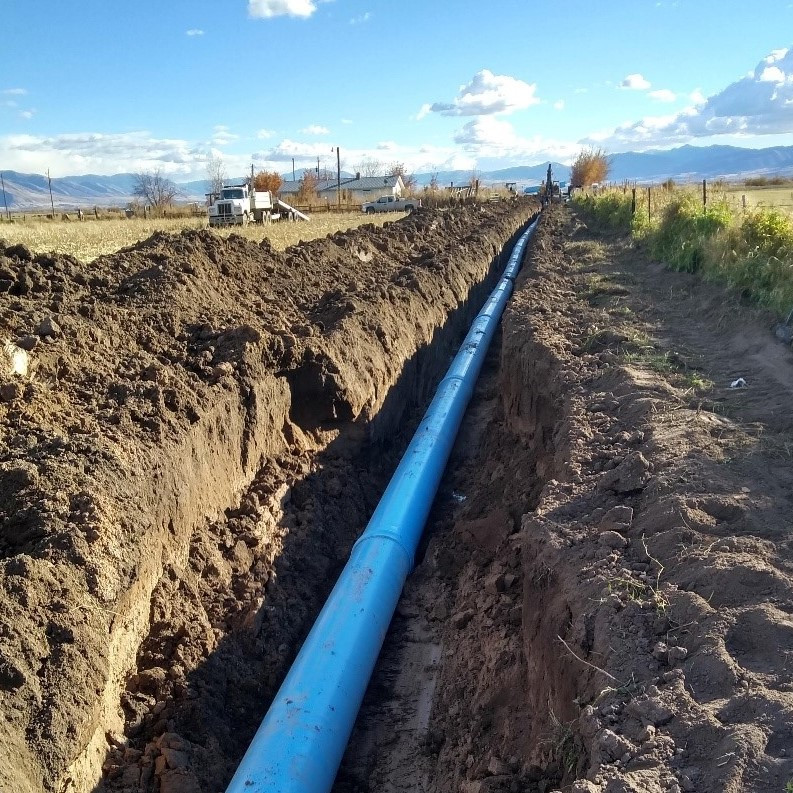 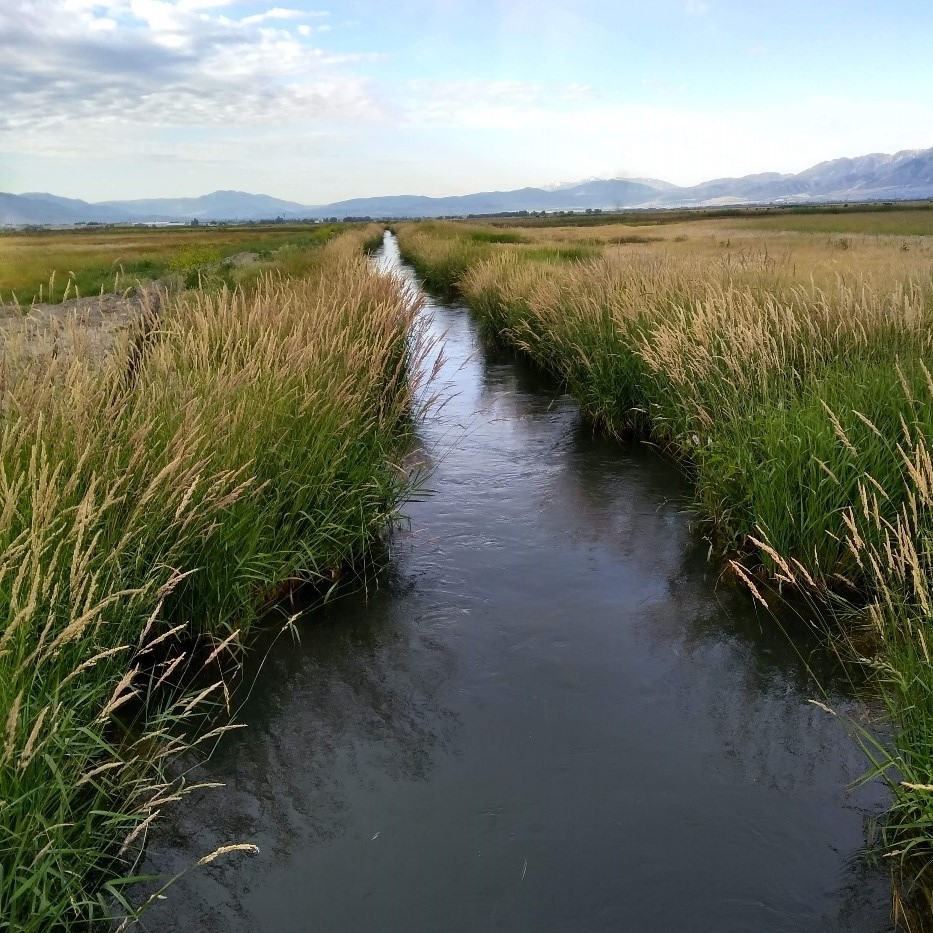